The PM’s Tales of the unexpected 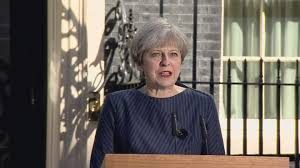 So how long did Theresa and her team really plan this little escapade?

As a trainer I often enjoy the “impromptu” quote attributed, in various forms, to Mark Twain. One of the biggest and most noticeable flaws in many public speakers is the lack of preparation, which often lead to gushes of unhelpful information, little insight and a vague message.

Yesterday on the famous stage of number 10 Downing Street, Theresa May announced what journalists call a “snap” election, effortlessly backtracking on all previous statements that this lady was not “for turning” either!

@DanRoberts in @TheGuardian takes us nicely through the details of this U-turn here.

I’ll take a shot instead at one of my favourites: the use of the magic three to perfectly weight the words with meaning and delivery. Three works, three is great, three is all around us: from Aristotle onwards. Here are some of Theresa’s “impromptu” examples. 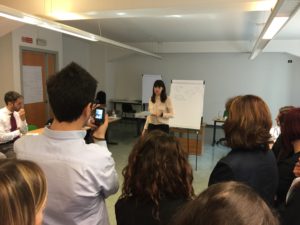 Last week I had the good fortune to work with a the Italian training consortium Sistemi Formativi Confindustria – part of the Italian version of the British CBI. We were in the northern Italian town of Bergamo.

Our mission, in one day, was to transfer some of the same techniques that Mrs May so eloquently put into action yesterday. We explored the power of “3” as well as other rhetorical devices such as the use of questions, repetition and a strong emphasis on transmitting the benefits and objective of the presentation. 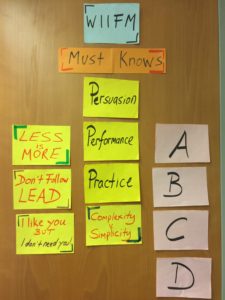 We talked about preparing less or preparing differently – not to merely drown our audience in content but to seek that almost imperceptible change in behaviour that is the start of a good piece of persuasion. We experimented with a well-timed … pause and worked on switching off PowerPoint unless the visuals were synchronised and we were actually adding some power to our point.

An effective speaker will prepare themselves, their content and their environment and we saw Theresa May scoring highly on the stage management yesterday, although there was little she could do about the wind in her hair. Gone are the days of Mrs Thatcher’s rock solid, lacquered bouffant.

One of the must know messages from the training is whether, when all is said and done, the audience just likes you or actually needs you. Well Theresa has set out her stall and on June 8th the country – once again without the votes of us poor souls who are resident abroad (?) – will decide.

If you want to see Theresa in action then try the TLNet Language blog to watch the video and complete those magical threes yourself.