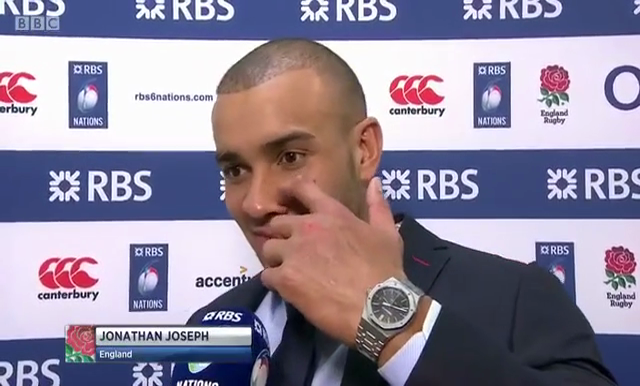 Why does he touch his nose?

Do sports men and women tell the truth when interviewed on TV?

In a recent England v Scotland rugby match, Jonathan Joseph – who had been dropped from the previous match – scored a hat-trick of tries and was named man of the match. A superb comeback performance.

Listen to the question the BBC interviewer poses after the game?

Was that you saying to Eddie Jones: ‘look coach, don’t drop me again’?

Research, including work carried out at the Smell and Taste Research Foundation in Chicago, cited by Allan and Barbara Pease (The Definitive Book of Body Language, 2004), found that when you lie the nose swells – a phenomenon also referred to as the Pinocchio Effect! This is caused by a combination of chemical reaction and increased blood flow. The nerves respond and we scratch that itch!

Now of course, Joseph may have had a cold, be a habitual nose scratcher, or just nervous being interviewed on TV. But the idea that he was not so happy about being dropped – and his noes shows it – is quite a tantalising one!